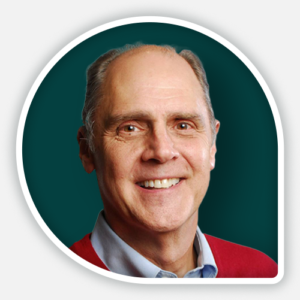 [The following is excerpted from my book Money, Wealth & Freedom.]

Today the idea of having a Coach, or even being a Coach, is well understood, but back in January of 1987 there was no (general) coaching profession. The response from most people, upon hearing that I was a Coach, was to ask, “What sport?” A reasonable question given that the role of a sports coach is to assist athletes to be their best, to set goals, to excel, whatever their game. That’s what personal Coaches do for people in the game of life.

As I learned and grew in the emerging and evolving profession of Coaching – labeled variously Life/Executive/Success/Business Coach, or some other modifier – I discovered that I enjoyed finding or creating useful little chunks of information and wisdom and sharing them with people who were interested in learning, growing, and having a great life. Thus was born, in August of 1995, what became known as Steve’s 3-Minute Coaching, a weekly email/blog with readers around the world. These principles, distinctions, and gems of wisedom are the source of the contents of this book.

But a question remains, who is Steve Straus? What is his background, and more importantly, what has positioned him to provide guidance and support for people on their journey through life? The short answer is this is what I’m here to do, to be. This is the expression of my purpose in life. You might not think so given my formal education in Mechanical Engineering and Finance, or my early career in computer technology. Yes, I was a nerd! But a nerd who continued to be drawn to the people side of the tech world rather than the bits and bytes of the boxes.

From teaching technology (standing in front of a room full of people was as scary as anything I have done-to-date) to system support for users, to sales, to starting my own businesses, I found increasing interest in the human experience, and the journey of life.

Fast forward to becoming a professional speaker, designing and delivering public workshops, writing and publishing an early eBook, and then the greatest traction – assisting in the development of a Coaching training curriculum, teaching and encouraging the new communication technology of Coaching.

Through my entire career I have been interested in discovering why some people seem to lead successful, satisfying lives while others don’t. I am continually in the question of , “What’s the difference that makes the difference?”

My clients, webinar students, and now readers around the world can benefit from my quest for useful, practical wisdom, published in the series A Little Book of Working Wisedom.

One of my joys is that my business model makes me geographically independent – wherever there is a phone and an internet connection, I’m in business.

In addition to writing several more books, I plan to expand my general aviation flying, discover the wily habits of largemouth bass, and take long, unstructured driving trips to discover what’s over the next hill.

Over the many years of publishing these weekly Coaching points I’ve accumulated quite a database of helpful information, inspiration, and thoughts covering many topics. With the assistance of a brilliant editor I’ve selected and compiled 70+ issues related to topics which have a wide appeal – Money, Wealth & Freedom.

Available on Amazon in both electronic (ebook) and physical (softback) format.

The current compilation is:

AN E-BOOK VERSION is available for $2.99 for Kindle and most e-reading devices. For a direct link, visit www.Amazon.com